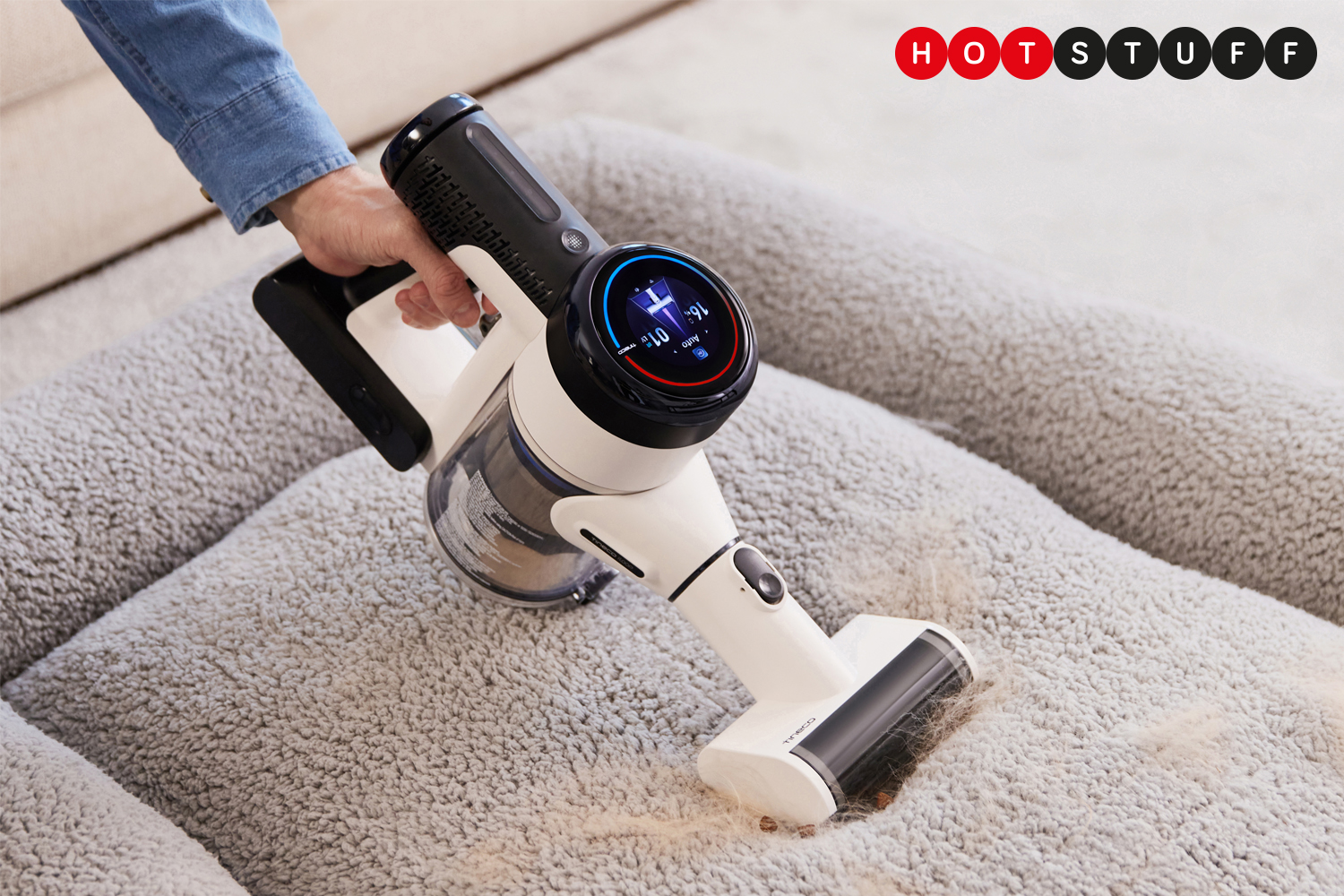 It’s the same every year: warmer weather rolls around, and suddenly dog and cat owners find their sofas and carpets covered in moulted fur. If your vacuum cleaner gets easily tangled, clean up can then be a real pain in the paws. Tineco reckons it has pet-proofed the new Pure One S15 Pro stick vac, so you can keep your hairballs from making a mess without having to constantly degunk the brush head.

With oblique bristles and a a dual comb design, the ZeroTangle brush head is meant to separate and remove hair from the brush roller as you clean. The firm reckons it reduces tangles by a whopping 99% versus a regular brush head.

The Pure One S15 Pro is a smart vacuum, with built-in dirt sensors that tweak suction power in real-time as it recognises particularly messy areas. An LCD display turns from red to blue once a section of carpet is cleaned, so you know to move on. It also shows remaining battery and current suction power, and has a microphone for voice guidance. No word on if “You missed a bit” is in its vocabulary.

It uses cyclone suction tech and has a five-stage filtration system, which the firm says can lock in dust particles as small as 0.3 microns, rather than sucking ’em in and blasting them back into the air like other, lesser vac brands. The magnetic filter also pops off for easy cleaning.

Tineco says the S15 Pro will cover 130m2 before it’s time for a top-up, which should be enough for a decent percentage of UK homes on a single battery cycle. The free-standing base should make the charging process a little easier, at least, with no need to break out the drill and fix anything to your walls.

The Pure One S15 Pro will be going on sale in the UK from the 11th of July, directly from Tineco. It’ll set you back £599, which puts it directly in the firing line of Dyson’s excellent V15 Detect Absolute.

Credit: Tineco takes on Dyson with the pet-ready Pure One S15 Pro | Stuff